Brighouse, formerly ‘Bridge House’ is steeped in history, dating as far back as Roman times! In fact, there was a river crossing called Snake Hill Ford which is believed to have formed the Roman route between Wakefield & Manchester, which goes to prove our little town has always been well placed.

The name is thought to derive from House on the Bridge. At this time, Brighouse was a mere hamlet of the nearby village of Rastrick. By 1753 there were still only 55 houses in the centre, but over the course of the next century, Brighouse grew into a much larger town. It became an industrial base for textile manufacture, becoming known as a mill town specialising in mining, quarrying dyeing and wire works.

Its strategic location resulted in the start of the Calder & Hebble Navigation in 1757 by John Smeaton, the addition of the railway network and a goods yard. Much more recently, the M62 between Hull and Liverpool makes Brighouse a desirable location for business and commuters, with easy access to many large cities in the North. 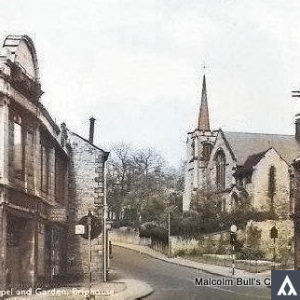 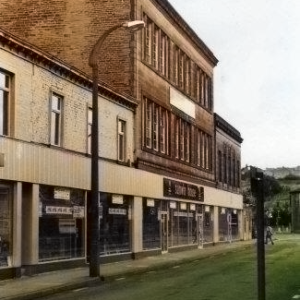 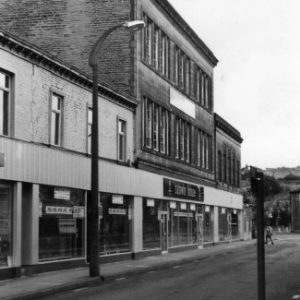 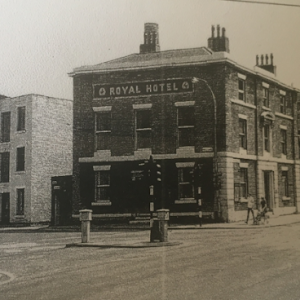 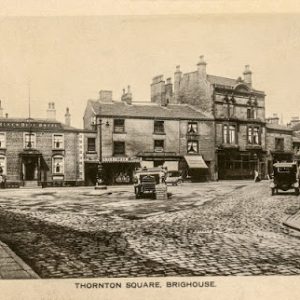 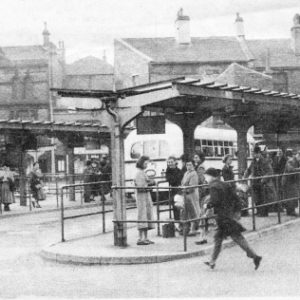 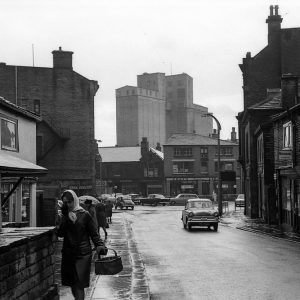 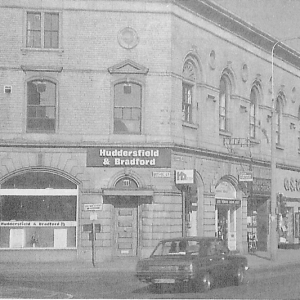 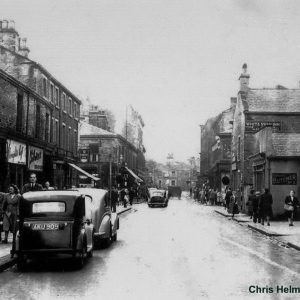 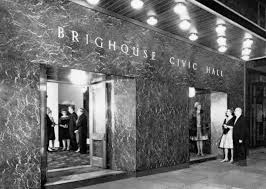 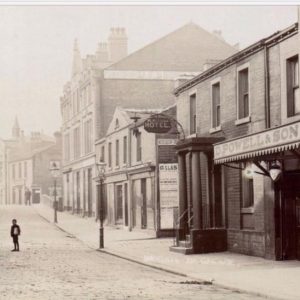 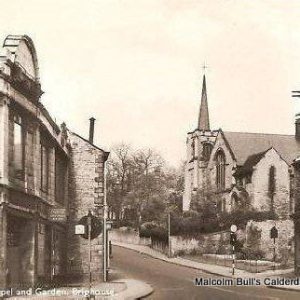 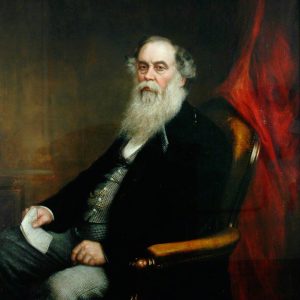 Over the years, Brighouse and its surrounding areas have enjoyed many famous connections. How many do you know?

Sir Titus Salt who built Saltaire in Bradford, which is now a UNESCO World Heritage site. Salt lived within the borough at Crow Nest Mansion. On his death the funeral procession left Crow Nest to Saltaire.

Ann Walker who was the companion of Anne Lister (Gentleman Jack in the hit BBC Drama). They also owned the Crow Nest Mansion at one point. Ann died in 1854 and is buried at the old Lightcliffe Church opposite the Sun Inn. The couple made history as the first known women to have a same sex marriage, although without legal recognition.

William Booth who founded the Salvation Army was a minister for a short period of time in Brighouse.

The Bronte Family are believed to have travelled through Brighouse as the brother Branwell preached at Hartshead. 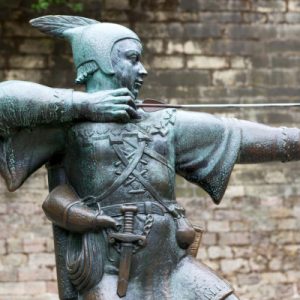 Robin Hood is believed to be buried in a marked grave on the Kirklees Estate at Clifton. Legend has it this was where the arrow was shot from Kirklees Priory by a dying Robin after being poisoned by the Babes. The Priory Gatehouse was placed on the Historic England Heritage at Risk Register in 1998 as it is home to the best group of medieval farm buildings in the region. New owners and grant aid from Historic England enabled repairs to be made to the timber framed grade 2 listed Gatehouse. The majority of the Gatehouse is thought to date from the early 16th century, but part of its timber frame is thought to have come from the Priory, a Medieval Nunnery founded in 1154-89 during the reign of Henry the 2nd.

The Calderdale Nightingale (as she was known), Susan Sunderland born in 1819 lived here all her life. She never sought fame, but a local festival in her name ensures her musical talents live on.

Brighouse has enjoyed a wealth of interesting buildings throughout its time, sadly many of the impressive mills that the town was built on have either been demolished or lost to fire.

Mill Royd Island that now stands over the town has been converted from past glories to apartment living.

The Ship Inn (formerly Prince of Wales) was built in 1926 using timbers from HMS Donegal, a ship from 1858 in a Tudor style.

The Rokt Climbing Centre in the former Sugden’s Flower Mill, is one of the standout features of Brighouse. It is now home to the UK’s highest man-made outdoor climbing wall, indoor climbing, a spin cycle studio and escape rooms.

The Richard Oastler Pub is in the former Park Chapel where you can still see the Pews & Organ upstairs with is beautiful ceiling. This pub is named after “The Factory King” of the area. This pub bears the name of the man who lived at nearby Fixby Hall for 20 years and famously campaigned against excessive working hours in the 19th century.

Brighouse Civic Hall dates back to 1868 when it was opened as the Town Hall.

National West Minster Bank is a listed building with a beautifully decorated façade. It was built in 1895 for The London & Yorkshire Bank.

Salvation Army Hall was opened in 1914 as St Pauls Wesleyan Methodist Sunday School. From 1949 to 1995 it was the Brighouse Magistrates Court.

Brighouse Assembly Rooms has been home to the Brighouse Masonic Lodge since they bought the building in 1907. The Lodge can trace its history back to 1870.

Brighouse Town Hall was built in 1869. This Grade 2 listed building graces Thornton Square on the site of an Old Malt Kiln. The clock was a gift from the Mayor Robert Thornton in 1914, which the Square was named after. The building next door was the Barclays Bank until 2020 and stands on the grounds of the Old Mansion House. This was the first branch outside of Halifax of the commercial banking company.

Black Bull Pub is the oldest pub in Brighouse and dates back to 1740. In the mid 19th Century the pub boasted a cricket ground at the back. In the 1960s when the pub had a hotel attached, many stars of the era stayed here between gigs, including rock band, The Kinks.

Brighouse Library & Smith Art Gallery is another of Brighouse’s many Grade 2 Listed Buildings built on top of a former mansion house. The gallery was built by Alderman William Smith, first Mayor of Brighouse, and donated, along with his collection of artwork, to the people of Brighouse in 1907. It is often referred to as the Jewel in the Crown of Brighouse. The front gallery hosts an exhibition of oil paintings, based on People and Places, including works by Atkinson Grimshaw, Marcus Stone and Thomas Sydney Cooper. The rear gallery hosts changing displays, covering a wide variety of themes from local artists to touring exhibitions, including photography, mixed media and sculpture, ensuring there is always something new and different to enjoy.

Central Methodist Church based on Halifax Road has been known as Central since 1981 following the amalgamation of four other local churches.

Like other towns in the area, Brighouse was known as a mill town with its mix of textiles, wire works and dyehouses. To some extent it still is an industrial town thanks to its central location and large industrial estates.

Many famous companies have come and gone throughout years, some passed down through the generations of Brighouse Families.

Mellor’s Mint who later taken over by Colman’s of Norwich.

Meredith & Drew who moved to Brighouse from their bombed home during WW2 and at the time were the largest biscuit company in the UK. The company closed in the 1950s and was later bought by United Biscuits.

TF Firths Carpets boasted 1800 employees at one point. Mothers, sons, daughters, aunties, uncles all worked together to keep it in operation. A company recognised across the globe in the industry, its carpets graced the Houses of Parliament, Cunard QE2, and British Airways to name a few.

Kosset Carpets. Who of a certain age can remember the Kosset Cat on the TV adverts?

Blakeborough Valves another globally known company with over 1200 employees with a world class product. Robert Blakeborough commenced his first valve experiments behind what is now Brooks Restaurant & Masterclass Kitchens.

Other companies with long histories however still flourish in the town today.

Drurys Soap Works hidden away on River Street dates back to 1882.

Siddall & Hilton was established as a Wire Works in 1895 and is now the largest welded mesh manufacturer in the UK. 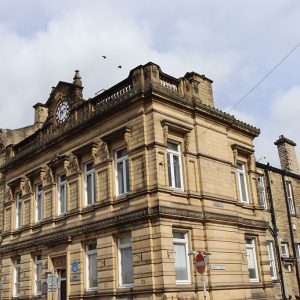 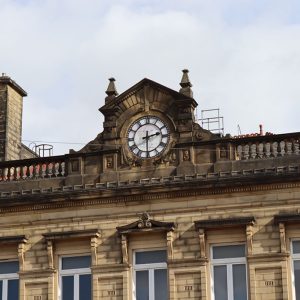 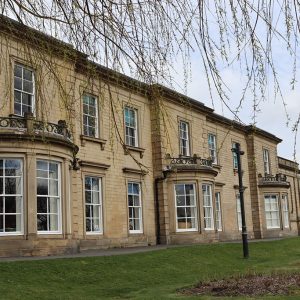 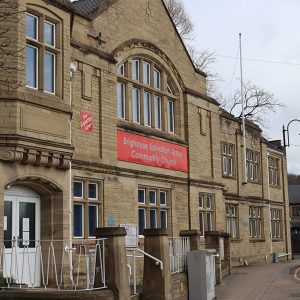 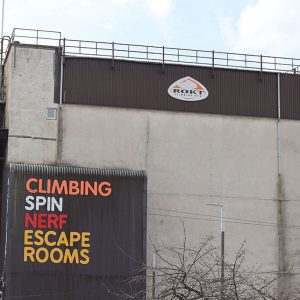 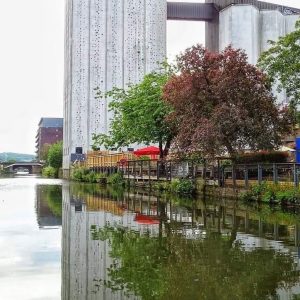 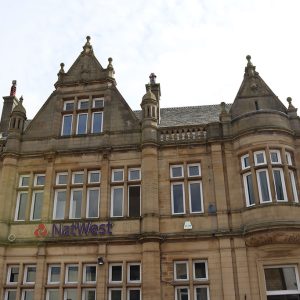 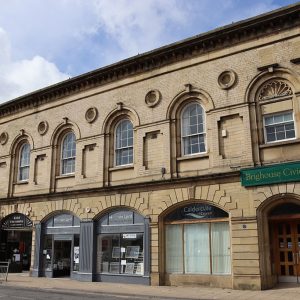 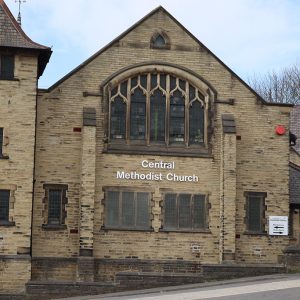 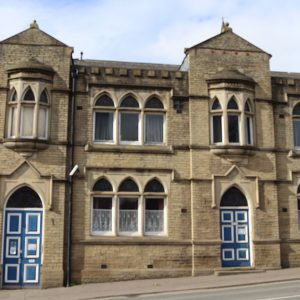 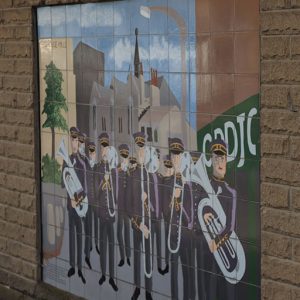 Mention the word “Brighouse” and there will usually always be someone who says: “Oh yes, the Brass Band!”. Brighouse & Rastrick Brass Band, along with Clifton & Lightcliffe, have delighted generations of people and won many awards for their musical talent.

In more recent times, the band ‘Embrace’ came from Brighouse.

Brighouse Arts Festival started in 2012 and is an annual arts festival in the town, with well known headliners in the past coming to the town.

You will never be stuck for cultural things to do in Brighouse. From the pop up cinema, to the music festivals, artisan food and drink markets, the Marching Bands Contest, the gala, and 1940s weekend, you truly are spoilt for choice!