The Brighouse Business Initiative has announced exciting plans for a return visit of the world famous James Shepherd Versatile Brass to the town to perform a gala concert together with internationally renowned singers.
The concert will be held at the St Martin’s Parish Church on Saturday 20th June and will feature popular music including opera classics, modern day stage musicals and Brass favourites.
The artists appearing will be the James Shepherd Versatile Brass, Paul Holroyd (Tenor), Emma Binns (Accompanist) and our own Rachel Harrison (Soprano).
The concert has been organised by John Buxton and the Brighouse Business Initiative team, together with Rachel Harrison. John said “We were overwhelmed with the fantastic response to our first concert in November with so many concertgoers wanting a repeat performance from James Shepherd and Rachel Harrison, so they are back with a great range of music, this time with a European flavour. This exciting concert is all part of our great plans to keep Brighouse on the map. Bringing this top class line up to the town makes me very proud and is a testament to all the hard work put in by the volunteer committee on behalf of the Brighouse community. It goes without saying that we need people to show their full support for this not-for-profit concert and buy all the tickets. ” 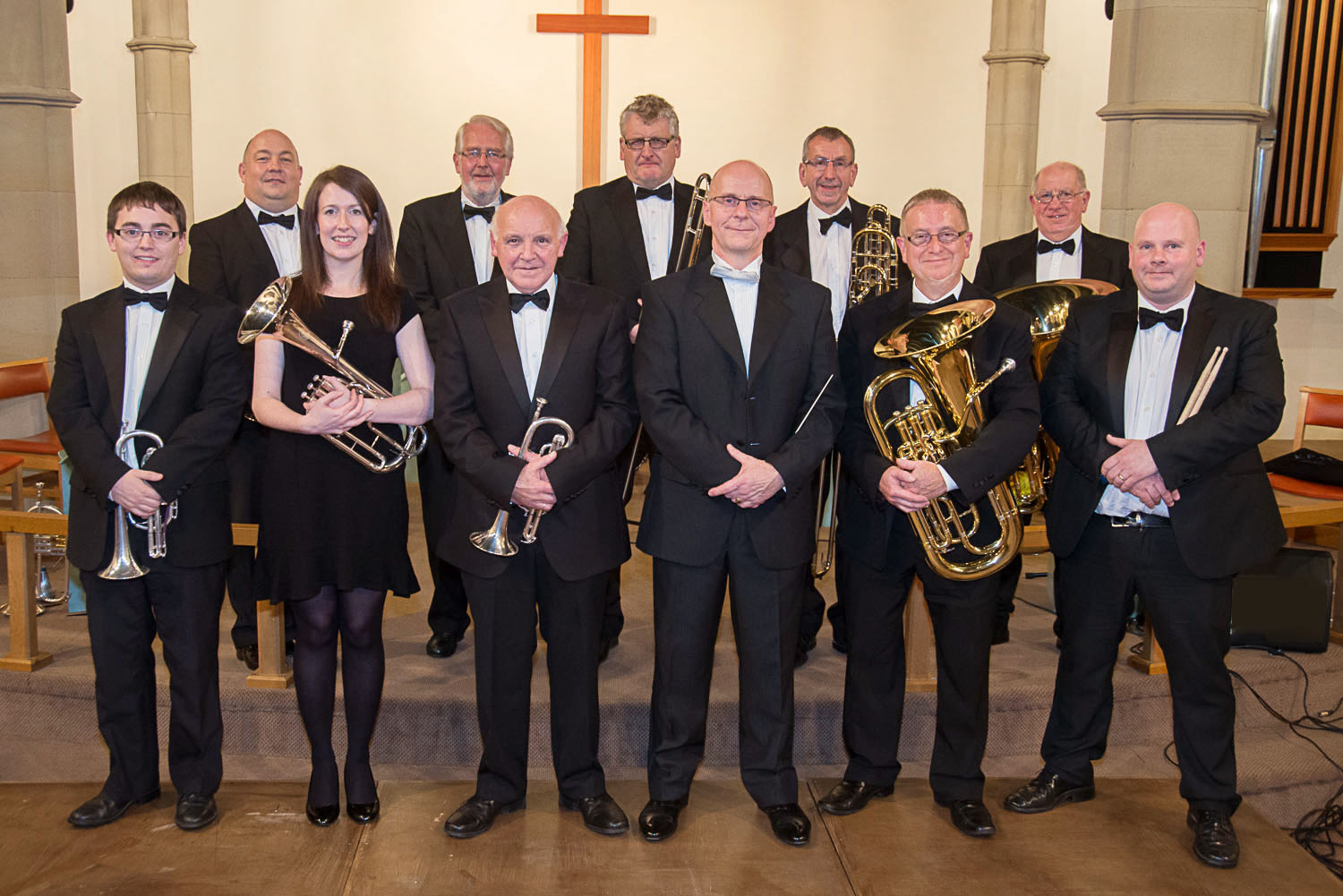 After a sabbatical, James Shepherd decided to re-form his Versatile Brass in 2013, much to the excitement of all involved. There has been no equivalent 10-piece within the brass band world to replace the original Versatile Brass, and the group’s early concerts with the new line-up have quickly come under high demand. The group is now a mixture of long-serving VB members and new talent, each one of whom is an accomplished soloist in their own right. Their combined talents result in vibrant virtuosity, presented with polished professionalism which reaches the highest standards of technical proficiency and artistic musicality. Formed in 1972, Versatile Brass have performed around the world for over 40 years. Whilst the personnel have changed, James Shepherd himself, who still directs and performs with the group, has maintained the world class standard of the ensemble..  James Shepherd is one of the most respected cornet/trumpet players in the world. He still has the distinction of being the only brass player to have won the coveted Champion Soloist of Great Britain award in 3 consecutive years and was principal cornet of the famous Black Dyke Mills Band for over 10 years before forming his Versatile Brass. Amongst his many accolades and awards he has been awarded the much coveted Isles Medal from the Worshipful Company of Musicians for his services to music. All ten of the ensemble members have been at the very highest level of brass playing in the UK for many years. Each performer has been selected by James himself, and each one has been delighted to grasp the opportunity to play with this coveted group. The original group achieved great success, playing from venues ranging from the Royal Albert Hall to an Australian tour, and everything in between. The name ‘Versatile’ was chosen to represent not only the virtuosity of the players, but also the variety of music that the ensemble performs. Majority of the group’s repertoire has been especially composed or arranged for this group, and the repertoire represents over 400 years of music making, with every conceivable style represented with equal aplomb. To date Versatile Brass have recorded almost 20 albums, almost exclusively featuring bespoke music written for the group. 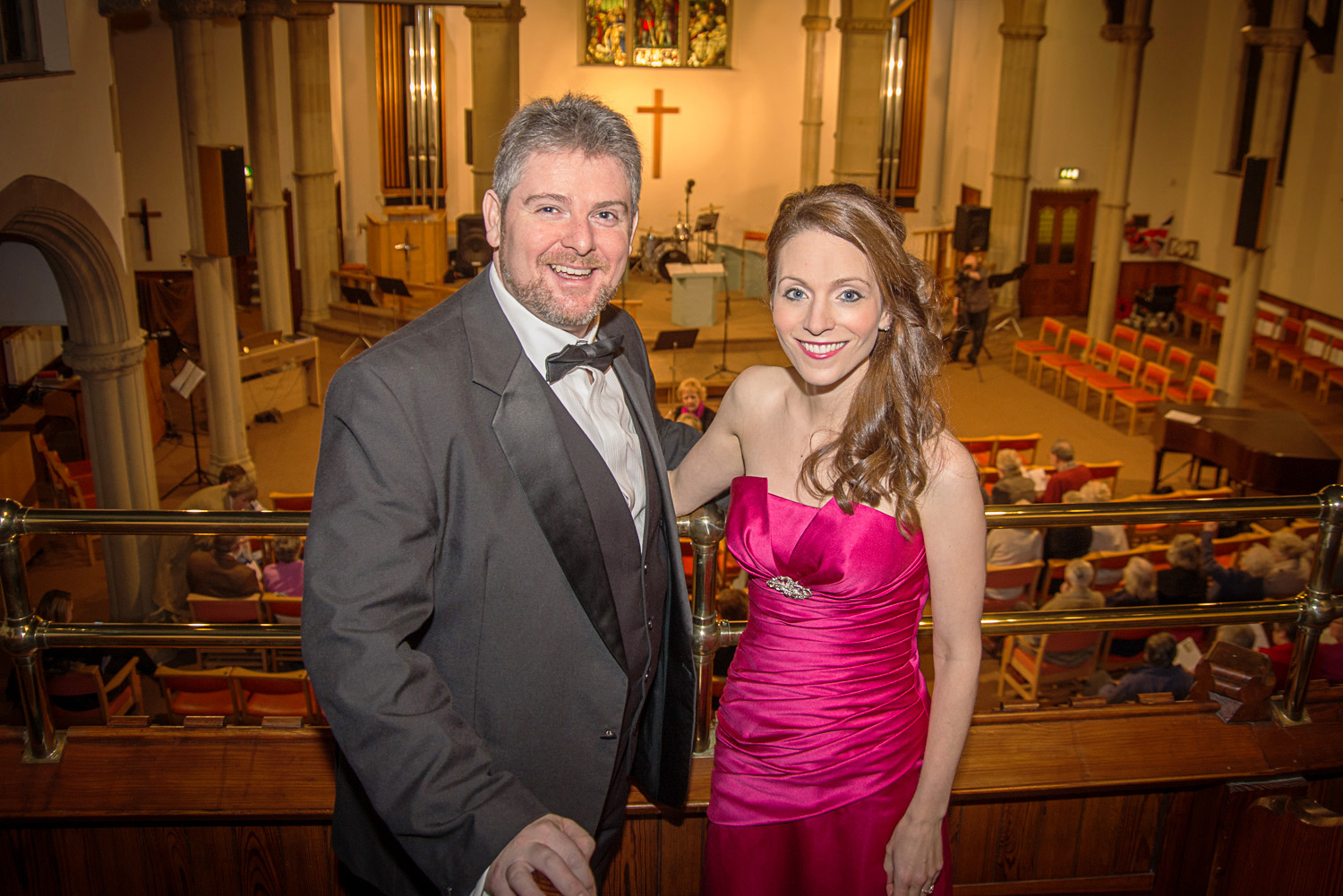 Paul Holroyd is a virtuoso tenor, performing the classic opera solos to the modern stage musical roles from Tosca to Les Miserable. He will add strength to the concert with his tenor voice in duets and solos during the evening.
Brighouse’s own soprano Rachel Harrison has brought together this wonderful group of musicians to create a concert that Brighouse can be proud of. Rachel studied at the University of St Andrews and the Royal Welsh College of Music and Drama and has performed with leading choral societies, which include the world’s oldest, the Halifax Choral Society. She has toured extensively with St Salvator’s Chapel Choir performing in Prague, Brussels, Antwerp, Bruges, Budapest and Madrid and has performed before HRH Prince William and at a concert for the United Nations Heads of State.
The exciting concert programme has a European flavour. Versatile Brass will be playing and accompanying the soloists, making this a concert not to be missed and a landmark event for Brighouse.